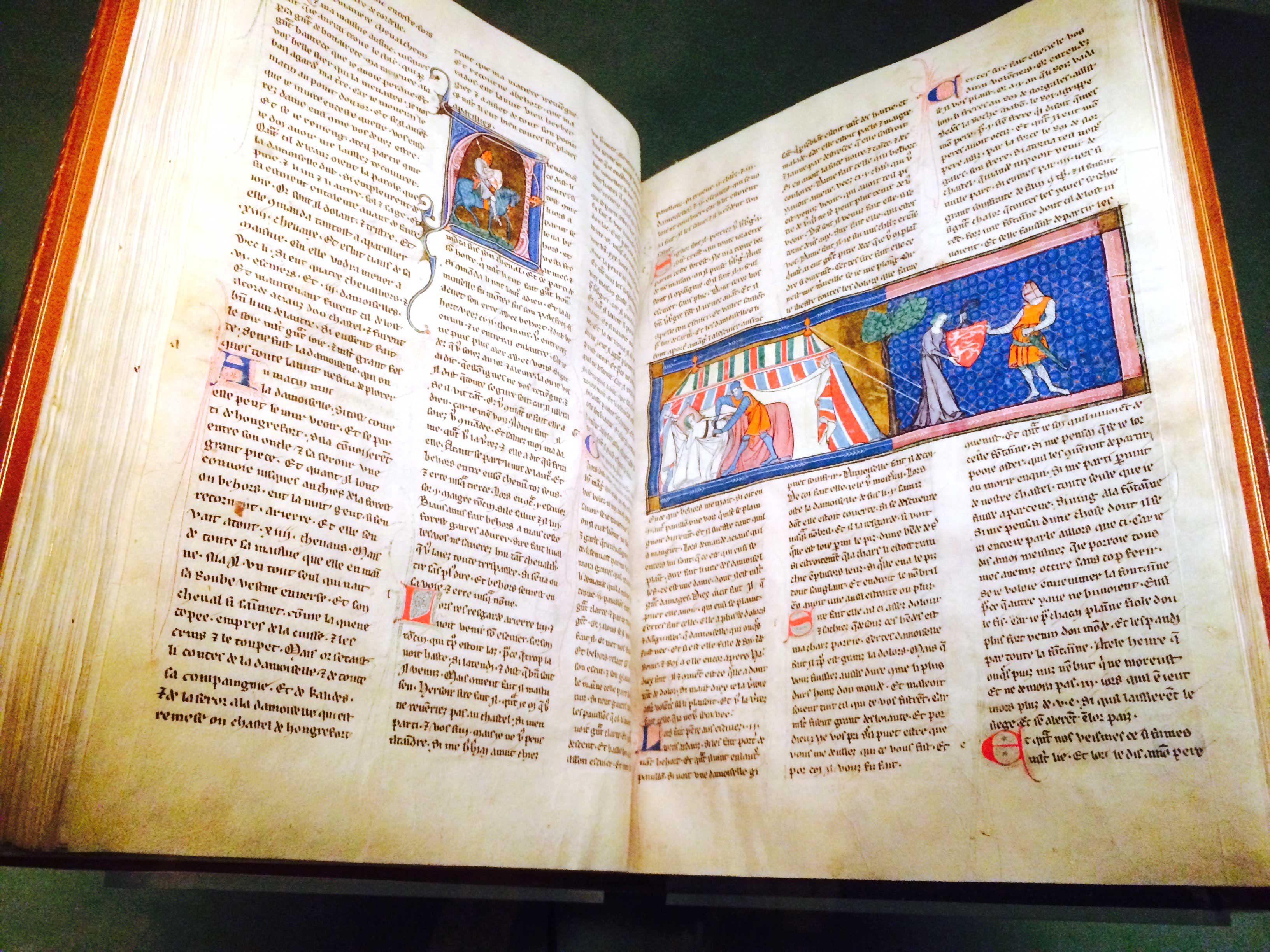 What is theory?  How can we use it and why do we resist it? This course provides an introduction to tools used regularly in literary and cultural study for analyzing cultural texts and artifacts.  It introduces influential movements in theory (including structuralism, psychoanalysis, Marxist criticism, deconstruction, cultural studies, postcolonial studies, gender and sexuality theory, distance reading) by tracking the filiations and entering the dialogue between theorists. Our focus will be on learning how to ask the questions that theoretical movements have used productively to analyze culture, as well as on identifying an argument’s limits.  By the end of the course, you will be familiar with a number of critical “moves” that you can build on in your future writing and thinking.

This course is designed for and required of graduate students in Classics, but is open also to graduate students in related disciplines, who wish to acquire a basic working knowledge of the methodology and tools of classical philology. The purpose is to make students familiar with the standard research methods and tools of the discipline, as well as the various sub-disciplines and related fields that constitute the study of the ancient world. In addition to the introductory readings, students will also be given specific examples/exercises and a select bibliography for topics (focusing on introductory titles and standard works of reference). Whereas the bibliography will comprise Greek and Latin titles alike, the practical examples/exercises may concentrate on one of the two languages.  By the end of this course, students will have a working knowledge of the history of Classical scholarship, and hands-on experience working with textual criticism and the methodologies of Classical philology. Students will be able to articulate how the studies of archaeology, art history, historiography, linguistics, philosophy, reception, and religion pertain to the ancient world.

This graduate seminar is concerned with questions of transgenerational legacies of trauma, the aesthetic reconfiguration of the child witness in text and film, and historical subject positions in general. It takes its cue from an insight about the fact that increasing distance to traumatic historical events, such as the Holocaust, seems to turn into an emotionally charged proximity: “It seems uncanny. The more the past seems to recede in time, the closer it comes.” But how does it come close? Which parts remain very present, which parts fade away? Who speaks for the past? With what kind of authority? This seminar seeks to address how we present, transpose, and manipulate difficult moments of the past as figurations of the present. How do violent legacies shape our understanding and projections of the future? What do such transpositions of the past gain when writing and screening the child as a witness to history? Are binary imaginaries, such as victim and perpetrator, child and adult sufficient to represent the reality of being born into a specific historical and cultural moment without having chosen its specific premise? What does it mean to be defined by historical privileges or lack thereof with respect to class, gender, and race? The material under examination will draw from recent conceptualizations of trauma, memory and the child, as well as international literature and film that showcase child witnesses to historical violence or its legacy.

One exciting development over the past few decades in the areas of philosophy and critical theory has been the study of theories of play. What role does play serve in the establishment and development of human individuality? In what ways do literature and other aesthetic experiences contribute to the development of individuality through play?

This course will consider these (and other) questions by first focusing on the development of theories of play in eighteenth- and nineteenth century German philosophical and aesthetic writings. Modern theories of play emerged as a result of the aesthetic and philosophical discussions in the German cultural sphere during the eighteenth and nineteenth centuries. During the second part of the course we will build on our historical foundation by considering more recent developments in play theory, specifically in the areas of critical theory, psychology, and sociology. During the entire course, we will focus equally on understanding the philosophical and theoretical texts in their historical and intellectual contexts and then applying those models to a selection of literary texts that “play” with the theoretical positions in interesting ways.

This seminar seeks to explore the delineations and projections of gender as manifest within the context of European literature and culture and ongoing theoretical and media discussions. The premise of our conversation is as simple as it is complex: We live in this world in different gender configurations. How are these configurations of gender (and subsequently identity) articulated in literary (and cinematic) contexts with respect to social, economic, psychological, and cultural differences? What kind of historical and contemporary imaginations and projections express gender differences? What are some key texts and theoretical turning points in the debates about gender? What is the state of discussion currently?

GRMN/COMP 580 Reconfiguring the Subject—Building the Nation-State: German-Speaking Culture from 1800 to the Present
Prof. Susanne Baackmann

Contributions of German-speaking nations to modern art, literature, and philosophy are recognized around the world. Major thinkers such as Kant, Hegel, Marx, Freud, Benjamin, Adorno, and Habermas continue to influence our contemporary understanding of the relationship between the subject and the state, as well as between individuals and larger collectives. While key artists like C.D. Friedrich, the German Expressionists, the Berlin Dadaists, and the contemporary Düsseldorf School of Photography have explored this topic using different visual registers, authors like Goethe, Heine, Mann, Musil, Hesse, and Grass, have transposed this into literary narratives. Centered on the historical emergence and evolution of two key terms—the subject and the nation-state—this seminar on German cultural history will focus on a series of case studies from 1800 to the present. Utilizing the analytical tools and critical languages of both literary studies and art history, texts and images will be examined as divergent ways of addressing shifting historical conceptions of the subject as they relate to changing perceptions of the nation-state.

Great Books courses around the United States, at both the high school and university level, tend to have many things in common, but one of their negative characteristics is a distinct absence of literature from anywhere in Africa. This course seeks to rectify that discrepancy by examining some of the great books of African literature. We will consider authors such as Achebe, Kane, Kourouma, Aidoo, Armah, Laye, Ba, Mofolo, Ngugi, Coetzee, Diop, Senghor, Gordimer, Couto, Oyono, Craveirinha, Soyinka, Tutuola, Brink, and Dangarembga. We will examine the historical contexts of the works, examine what makes them "great", both for their era and today, ask why such texts are routinely ignored in Western education, and investigate to what degree they are "African" and to what degree they are just simply "Literature". We will read a few critical texts that discuss what African literature is (or should be), but the class will be dominated by the literature itself.

In the early 1970s, scholars of both literature and law began to encroach on one others theoretical terrain. Legal scholars began investigating the presence of legal thought and argumentation in canonical literary works, while literary scholars began to apply literary concepts such as narration, subjectivity, voice, etc. to legal discourse. The first thorough presentation of this developing movement was The Legal Imagination, published in 1973 by an American professor of Law, English, and Classics. The movement has developed into a variety of approaches (law-as-literature, law-in-literature, hermeneutics, etc.), generally subsumed under the heading Law and Literature. This predominantly American common law phenomenon has also been developing in civil law France. While French legal scholars demonstrate no particular interest in this genre mixing, such influential writers as Barthes, Duras, Foucault, and Derrida have treated the law as any other readable discourse. Some of their writing, in fact, became seminal in the Law and Literature movement. This course investigates the principles behind the Law and Literature movement, the interaction of various intellectual traditions (especially American and French interpretative strategies), and the usefulness of such theories in "normal" legal and literary study.

Late Enlightenment and early Romantic women writers developed transnational personal networks and explored cosmopolitan themes in their writing in the very period in which literature began to play a crucial role in the imagining of national domestic identity. This course examines the personal and textual relationships among women writing in Britain, France, and parts of what are now Germany and Switzerland (and, to a lesser extent, North America, the Netherlands and Spain). One of our tasks will be to consider why the biography of the woman writer became ineluctably connected, in this period, to her literary production. Another will be to look at the range of “minor” literary forms relegated to women, such as the novel, letters, pedagogical manuals, and travelogues, and how writers often fused these forms in their investigations of the relation between gender, nation and cosmopolitan ideals. We will also consider the role played by national exile and revolution – conditions usually associated with male citizenship ‐‐ in the lives of women writers and of their heroines.