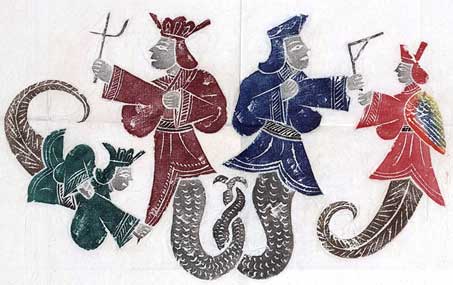 The online Greek Mythology course explores the representation, interpretation and influence of the classical Greek myths. We consider how the gods and heroes function as objects of deep religious awe and reverence for the ancient Greeks, and yet at the same time how they are portrayed as colorful, unpredictable, subjectively “anthropomorphic” characters in the popular art and literature of classical antiquity. We investigate how archetypal figures and narratives emerge in Greek mythology and how these patterns develop in different representational media and literary genres. We ask how the Greek myths continue to influence our culture today. In our survey of the principal ancient myths, the primary emphasis will be on the myths as they are presented in classical Greek literature: readings come from ancient poems, hymns and other writings. We also view images taken from ancient Greek vase painting and sculpture so that we may examine the representation of the gods, heroes and myths in their own contemporary visual and cultural context.

This course considers fairy and folk tales from a variety of geographical, social, religious, and literary traditions. We examine tales from the Western tradition with which many students are likely familiar (France, Germany, Greece, and the United States), but also ones that are perhaps less well known from Russia, China, Japan, the Middle East, North Africa, and sub-Saharan Africa. Across these traditions, many general themes, such as fear of the unknown, distrust of stepparents, lessons on sexuality and desire, and appropriate social behaviors, will be similar. Nonetheless, the different historical and cultural backgrounds lead to stories that are often radically different in their specific ideologies, symbolism, and even comprehensibility for a Western audience. This class starts with some basic knowledge of Western fairy tales before concentrating on the variety to be found in such tales due to factors such as religion, individual v. communitarian ethics, colonialism, and even region-specific fauna. This intercultural exploration encourages students to reflect on cultural difference, varieties of literary symbolism, tradition, and style, and what and why students do and do not know about a broad selection of cultural traditions. There will be numerous guest lectures by professors who specialize in the culture of each national or regional tradition. This course satisfies the Gen Ed Humanities requirement.

The course considers stories from a different geographical, social, religious, and literary tradition than most students are familiar with –African folktales. In African literature, folk tales have long constituted a base of literary production. Before the arrival of European languages and writing traditions, oral literature was the dominant form of literature in Africa. Folk tales, along with poetry, epics, proverbs, and religious stories, made up a significant percentage of African literature. African folktales reflect many of the same general themes as Western fairy tales, such as fear of the unknown, distrust of stepparents, lessons on sexuality, and appropriate social behaviors. Nonetheless, the historical and cultural backgrounds in Africa lead to stories that are often radically different in their ideology, symbolism, and even comprehensibility for a Western audience. The class draws on basic knowledge of Western fairy tales before concentrating on the differences to be found in African folk tales due to factors such as religious syncretism, communitarian ethics, colonialism, and regional fauna.  This intercultural exploration encourages students to reflect on cultural difference, varieties of literary symbolism and style, and what they do and do not know about Africa and why. We do the same comparative study with proverbs as well.

This course will explore the genre and development of the classic European fairy tale from its early beginnings to more recent adaptations. We will look at a wide variety of texts and films from Europe, such as oral tales from France and Italy, the collection of tales compiled by the brothers Grimm, tales by Hans Andersen and Oscar Wilde, contemporary fairy tales re-written by women authors, as well as modern American film adaptations. The course will provide a historical overview of the European fairy tale tradition, and investigate differences between the early oral tradition and the folk and wonder tale, the Romantic fairy tale, and more ‘realistic’ versions of the last three centuries. We will explore the following questions: What are the salient features of this genre? When and why did it emerge as a major cultural expression? Was the fairy tale intended for children? What is a child, then and now? To what extent has the historical and social context shaped the form and content of these tales? How do fairy tales express social and psychological conflicts? How are gender roles portrayed? What changes did the fairy tale experience in the last two centuries? How has the media industry adapted fairy tales?